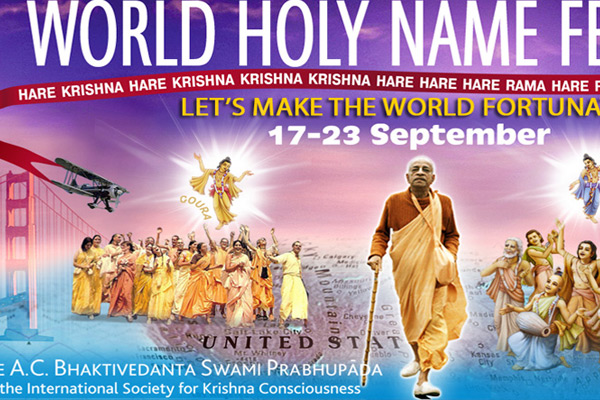 The purpose of ISKCON’s World Holy Name Festival is to celebrate the Holy Names and share this treasure worldwide.

HH Lokanath Swami Maharaj who took over the reigns in 2006 has successfully embarked on innovative programs to encourage people of all faiths to participate and create auspiciousness globally.